Here goes… Father Christmas. Saint Nick. Santa. He’s everywhere at this time of year, but he’s not in our house.

We don’t do Santa.

I said it would be controversial.

This scene actually happened to me at the supermarket the other day.

Checkout lady to Sophie: ‘Is Father Christmas coming to your house this year?’

Me: ‘No, actually. Sophie gets all her presents from mummy and daddy.’

The popular view of Christmas… Creepy? Or is it just me?

There are many who struggle with the notion of a Christmas without Santa.We’ve even been told that we are ruining Christmas for our children and been made to feel that we deserve an award for being the worst parents ever. Where do you get the magic if there’s no Santa?

Now I am not about to go preaching about why no-one should ever do Santa with their children, or to suggest that Santa is evil and should be abolished. Nor am I opposed to imaginary play – in fact, I believe in encouraging children’s imaginations and letting them explore the world through make-believe. However, in our family, we have decided not to pretend or to tell our children that Santa is real, and in fact, we actively tell them that he’s not – just like Queen Elsa, Cinderella, or the Gruffalo aren’t real.

I have previously posted about Christmas not being about Santa but about Jesus. The meaning of Christmas has shifted in our culture so that it’s now about family, or food, or presents, or going on holiday, or anything but Jesus. But that isn’t the reason we don’t do Santa. It’s not some backlash against the ‘evil currents’ of popular culture. Believe me. We have thought about it, and here are the main reasons why we don’t do Santa.

1. They don’t need to be good to get presents

He sees you when you’re sleeping. He knows when you’re awake. He knows if you’ve been bad or good, so be good for goodness’ sake.

Santa promises presents to children who are good. Children who are not good do not get presents. I have seen parents, grandparents, and random strangers on the street using this message as a scare tactic or bribe to get children to behave. And I have to say, I find this pretty unsettling.

The notion that good behaviour equates to rewards in the form of presents is totally at odds with the Christmas message of peace and grace for all through the coming of a baby boy to rescue a people who were cut off from their loving Father.

God never asks for anything from us in order to get the most precious gift of all: eternal life. He gives it to us totally free. Our bad actions and behaviour and attitudes are endlessly wiped away and complete forgiveness is ours.

My children will get presents from us at Christmas whether their behaviour has been angelic or demonic. They don’t need to earn our favour in order to get presents.

That, after all, is grace. Through grace we are given what we don’t deserve.

Now, I’m not going to stand in front of the Christmas tree and tell my children, ‘Now, even though you’ve been extremely naughty, because I am so gracious I have decided to give you a present.’ That isn’t the point at all. That attitude only serves to point to my benevolence, my magnanimity, and doesn’t celebrate the fact that I love them and it is my joy to give them gifts.

It is the same as how God treats us.

As my children grow up, I want them to be committed to the truth. We are a Christian family, so the worldview they are brought up with will reflect what we, their parents, believe. It doesn’t mean that we will indoctrinate them; on the contrary, we want them to grow up with inquisitive and questioning minds and to arrive at their own conclusions about what is true and what is not. The question to them will always be: ‘What do you think?’

Commitment to the truth would be difficult if we decided to tell our children a deliberate lie about something – such as ‘Santa is real’. That wouldn’t change whether we were atheists or even non-religious. It would still be a lie, and it would still run contrary to our goal to raise them committed to the truth.

3. A lot of what Santa stands for is contrary to the Christmas spirit

Children (I should say, people) are inherently self-centred. And I rather think that the Santa story only promotes and increases that tendency. The focus is on getting instead of giving, a sense of entitlement or reward rather than a heart of gratitude. It is at odds with the Christmas spirit of generosity and caring for others above ourselves.

My husband argues that ‘Christmas spirit’ is a fabricated term, and perhaps he’s right. The so-called Christmas spirit shouldn’t be confined to Christmas. But the Christmas story is a story of extravagant giving – God’s giving to humankind – and that isn’t what Santa signifies in our culture.

I want my children to grow up with generous hearts, giving spirits, and ‘thank you’ as their most-used words, and I want that to be as true at Christmas as it is all year round.

4. It is absolutely possible to have a magical Christmas without Santa

Santa is not the only thing that can make Christmas magical. In fact, as I’ve mentioned above, Santa serves to encourage a focus on what we get, ensuring Christmas remains both expensive and commercial. It can become a really difficult time for parents who can’t afford to get the gifts their children are demanding, and a stressful time of trying – and often failing – to achieve a pinterest-perfect day.

A magical Christmas can come in all sorts of ways. In our house this year, we are doing our true story advent calendar, and Sophie absolutely loves getting her ‘post’ every day, opening it and watching me peg it up next to the others. We’ve been to a Christmas fair. We’ll bake a gingerbread house and make Christmas crafts. We’ll have a tree with twinkly lights and ornaments. We’ll give carefully-chosen presents that we think will bring happiness to our children. We’ll spend time with our closest family, and with our friends too. We’ll have time together relaxing at home which we don’t get for much of the rest of the year. Next year, I want to help Sophie and Matthew to think about ways to give to others too, which we haven’t really done this year (maybe sending a letter to a prisoner, or a gift to a refugee, or things along those lines). As a young family we’re still establishing our Christmas traditions, but I am positive that they will be magical and wonderful. I am thinking of Christmas Eve hot chocolate while snuggled on the sofa reading Christmas stories, Christmas morning special breakfast, an afternoon walk to blow away the cobwebs, Boxing Day movies and so on. I am thinking of reaching out to people who are less fortunate than us, and using that attitude of giving as a springboard to a more generous attitude all year round.

Who needs a big bearded man in a bright red suit when you’ve got people, presents, food, music, games, lights, decorations, and laughter?

I know what you are thinking right now. How will you stop your children from spoiling it for others who do do Santa?

Sophie saw a man dressed as Santa while we were at a cafe the other day (she was petrified, by the way!). She didn’t understand who he was, which wasn’t surprising given we’ve never promoted the Santa myth. I explained that it was a man dressed to look like Father Christmas, and it was a story or game that some families liked to play at Christmas time. And then I said again that it was just a man dressed in a red suit (she really was petrified!). I didn’t make a big thing out of it. The other children were happy. And so was she, when Santa moved on from our table! Maybe when she’s a bit older, she’ll enjoy the excitement of seeing someone dressed up as a jolly red giant and handing out chocolates (much like she would enjoy seeing someone dressed as a talking bunny or Winnie-the-Pooh), but we’re not going to pretend that the man in the National Trust cafe is the real Santa.

The world is full of different ideas and beliefs. Our job as parents is to help our children understand what is fact and what is belief. Some children believe in Santa, some don’t. Some cultures and religions include Santa, some don’t. Just because we’re British and ‘mainstream’ is not a reason we should be expected to conform. Every family is different. We don’t expect other families to do things our way, and we don’t simply follow the crowd when we feel a different way is best for our family.

We aren’t going to teach our children to crusade against Santa, or to deliberately spoil other people’s fun. We are going to teach them that everyone is different, some do things this way, some that way, and to respect others’ liberty.

And our way is to have a magical and splendid and grateful Christmas, without a man in a red suit coming down the chimney.

What do you do in your family? Do you do Santa? What are your traditions?

One thought on “Why we don’t do Santa”

My Mummy Blogs is written by Laura, mum of two small children, trying to maintain a semblance of sanity by blogging about anything and everything (but mostly food and parenting and stuff). Best read with a nice cup of tea. 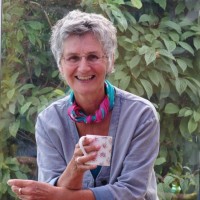 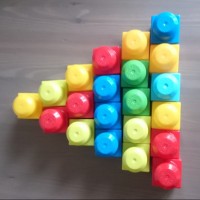 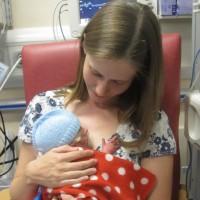 parenting in the age of climate change

Emmanuel Bristol is a family of churches working together to make more disciples, who will plant more churches, to show more people that Jesus is Lord.

mamawillmot.wordpress.com/
Maya and the Moon